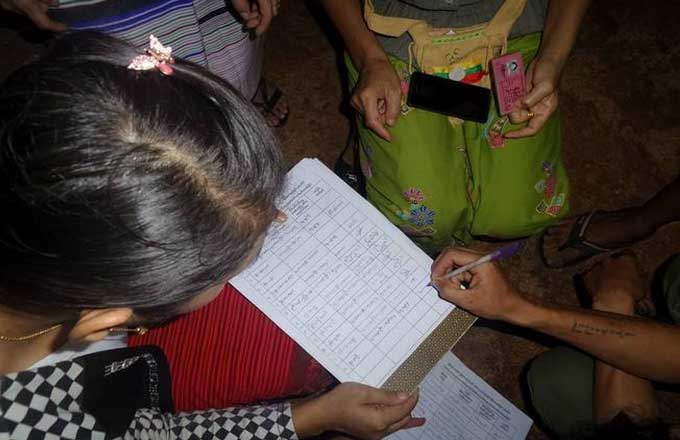 Shan community representatives are today presenting 23,717 signatures opposing the building of dams on the Salween River to the Australian company Snowy Mountains Engineering Corporation (SMEC) at their office in Yangon.

The signatures were collected from people throughout Shan State, particularly townships adjoining the Salween, who are alarmed at Naypyidaw’s accelerated plans to dam their river to export hydropower. 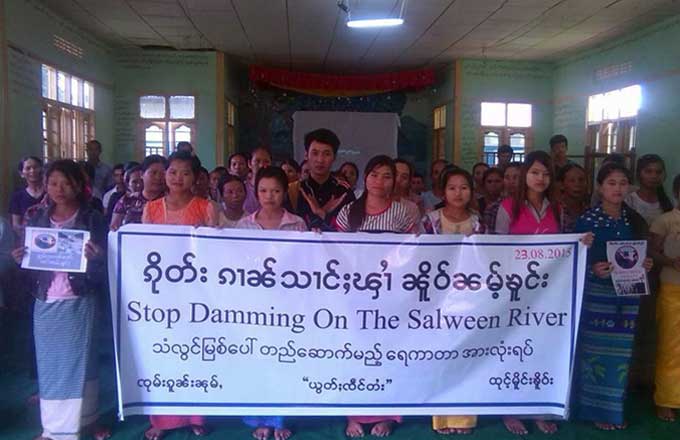 SMEC has since March 2015 been conducting environmental and social impact assessments (EIA/SIA) for the Mong Ton dam in southern Shan State, the largest of five dams planned on the Salween in Burma. The 241 meter tall dam will flood an area of over 640 sq kms, almost the size of Singapore.

Scheduled to complete its EIA/SIA this year, SMEC has been blocked by local communities from surveying the main impacted townships, including Kunhing, whose renowned “thousand islands” in the Pang tributary will be submerged by the dam reservoir.

SMEC had angered locals by blatantly promoting the dam in public meetings, downplaying negative impacts, and promising them electricity, even though the dam’s main purpose is to export power to China and Thailand.

“The Salween River is the lifeblood of millions of ethnic people in Burma,” said Nang Kham Naung, a Kunhing resident. “It is ours, and must not be sold by Naypyidaw and foreign companies.”

Despite being authorized by Naypyidaw, SMEC has also been blocked by Wa armed authorities from surveying in their area, highlighting the insecurity of building dams in a conflict zone. The Salween runs through areas contested by numerous ethnic armed groups. 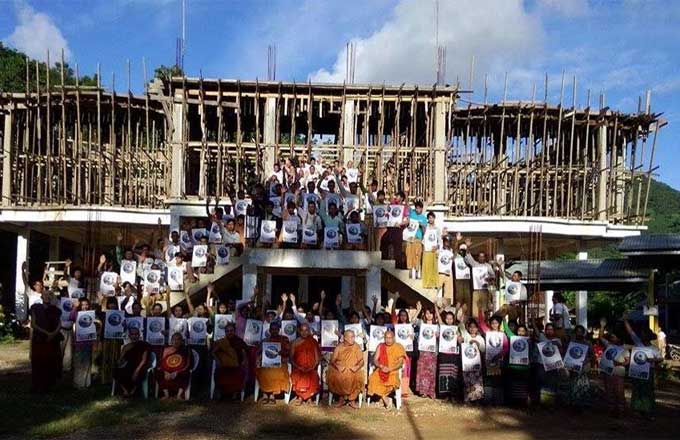 The Mong Ton dam is a joint project between China’s Three Gorges Corporation, the Electricity Generating Authority of Thailand, and Myanmar’s Ministry of Electric Power and International Group of Entrepreneurs. The dam will produce 7000 MW of power, 90% of which will be exported to Thailand and China.