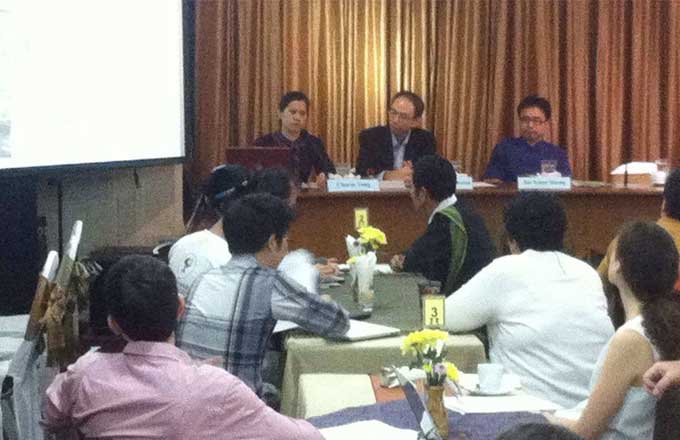 Shan community organizations are today holding a press conference in Bangkok to urge the international community to break its silence on the war crimes being committed by Burmese government troops in central Shan State.

During its latest large-scale offensive to seize Shan ceasefire territories, Naypyidaw troops have been launching repeated air and ground missile attacks on densely populated civilian areas. From November 9 to 12, fighter aircraft and artillery rained bombs on 6,000 civilians in the town of Mong Nawng, as well as on Wan Saw village in Mong Hsu, where over 1,500 displaced villagers were sheltering.

These attacks, and abuses including shooting and rape of villagers, have displaced over 10,000 people from Ke See, Mong Hsu and Mong Nawng townships. Most are sheltering in makeshift camps, relying on donations from local communities.  There has been little sign of aid from international agencies in Yangon.

The offensive, which began on October 6, was taking place while election monitors and journalists from across the globe were in Burma to observe the recent polls. Yet most news reports have only praised the “peaceful” nature of the elections, and no foreign governments have publicly raised concerns about the attacks and war crimes being committed by Burmese government troops. 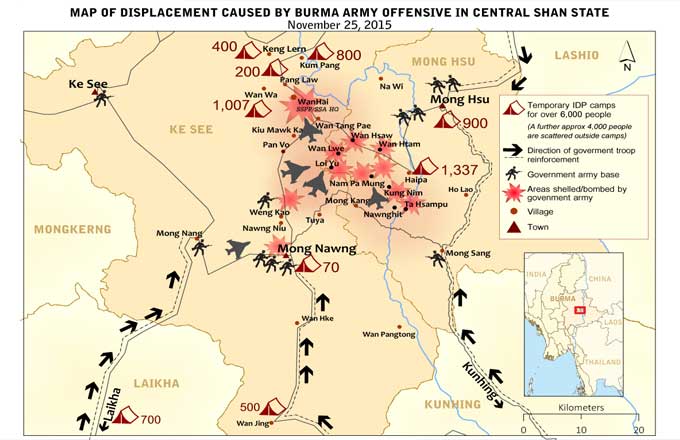 Shan community groups are concerned that the international community’s silence over Naypyidaw’s latest aggression against ethnic peoples is due to their growing economic and strategic ties with Burma’s military power holders.

Shan community groups are urging the international community to start publicly condemning Naypyidaw’s ongoing attacks and war crimes, and to make any further engagement with Naypyidaw conditional upon an immediate end to its militarization and offensives in the ethnic areas.